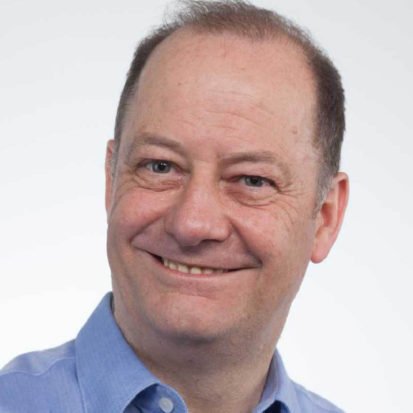 Born in England 1961 - John studied at the University of Oxford, 1979 - 1982, MA in Theology. From Oxford he went to study „Teaching Theory and Practice“ at the University of Durham. He set up his consulting practice in Germany after being awarded a distinction in Commercial Training Skills sponsored by the University of Cambridge in 1989. Since then he has conducted management seminars in 13 countries worldwide. A large number of well-known international companies like Kraft Foods, Ernst and Young, Siemens, Allianz and Springer Verlag have become long-term partners. John‘s open style allows participants to relax and let go of their fear of making mistakes while presenting. This quality helps learners to learn more effectively and faster. Combined with his effective delivery and fully researched teaching methods these points make him a popular figure in business settings.
Im Folgenden finden Sie mein Angebot:

BLEIBEN SIE UP TO DATE